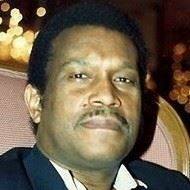 Enrico Downer was born in Barbados. In humble beginnings as his stories will attest. He attended multiple institutions of learning that began with elementary and secondary schooling on the island and continued to the University of Rio Piedras, P.R. and Ponce Technical as a recipient of a scholarship from the International Cooperation Administration (ICA) of the United States.

Rico immigrated to America in 1961 and did some courses at UWI (Univ of Wisconsin). He subsequently joined Value Line, an investment publishing firm in NYC and later was appointed International Correspondent with Airco International in NYC and Madison, Wisconsin.
From early, as an English major, he set about to explore the mystery and magic of literary expression, dabbling originally in poetry and later finding his niche in novels and short stories always steeped in historical fiction and drawn from his upbringing in a colonial society as well as from experiences living in New York, Wisconsin, Puerto Rico and from travels throughout the Far East.